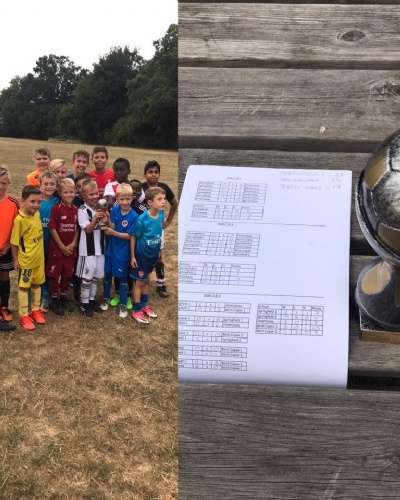 The event was held in memory of Byron Want, a pupil at Springfield Primary School, who sadly passed away after a courageous battle against bone cancer 2 years ago aged only 10 years old.

The school and his friends have been extremely busy finding ways in which to remember Byron and build a legacy for him & the football tournament is one of the events helping to raise money in support of the charities chosen by Byron’s family – Sarcoma UK and Make-A-Wish UK.

The tournament was split in to 3 age groups with Years 1 & 2, 3 & 4 & 5 & 6 competing against each other to see which school would come out victorious after adding up all of the points won by each group.

Overall Downsway received 25 points meaning that the Byron Want Memorial Trophy would be moving from last year’s winners, Springfield Primary School & in to the trophy cabinet at Downsway.

It was a real pleasure to see so many young children celebrating & remembering the life of Byron, who was such a brave & inspirational boy to so many people & we would like to thank the children & parents of Downsway Primary School for supporting the event.